The Fusion Optix leadership team brings several decades of combined expertise and knowledge to LED and optics. We pride ourselves on delivering world-class lighting solutions.

Dr. Terence Yeo has led Fusion Optix since he started the company in 2003 from his college room in Cambridge, England. Prior to Fusion Optix he trained as a venture capitalist with Amadeus Capital Partners, a leading European technology investment firm, based in London and Cambridge. Dr. Yeo’s early career was spent in various operational, commercial and technical roles in the displays, aerospace and optical networking industries working for Nortel Networks, EADS Astrium, and Nashua Corporation. Dr. Yeo has also performed as a Strategy Consultant at Sagentia and Cartezia and has supported leading VC firms including Amadeus Capital, Quester, Milcom, in due diligence and portfolio activities. Dr. Yeo is an inventor on more than 50 patents, and holds a Ph.D. in Physics and a 1st Class Honors Degree in Electronic Engineering and Physics from Loughborough University and an MBA from Cambridge University. He received scholarships from Nortel Networks and the UK’s Science and Engineering Research Council. An entrepreneur at heart, Dr. Yeo has been involved in the launch and growth of several start-ups and technology ventures in both the United States and Europe.

Michael Demas is responsible for managing Fusion Optix’s business development and sales initiatives. He leads a team of sales, customer support and application engineers (The Solutions Group) focused on establishing lasting relationships with a growing customer base. Prior to moving into the role of Director of Sales Mr. Demas held the role of Director of Operations where he was responsible for the manufacturing of lighting products and developing and implementing core processing technology improvements at Fusion Optix. He was also responsible for the order fulfillment, supply chain and inventory functions in the business. While in this role he led teams in developing new products and manufacturing processes both in-house and in coordination with partners. He also specified and procured two new extrusion lines which produce film, sheet and profiles. Prior to joining Fusion Optix Mr. Demas worked for Sperry Product Innovation in engineering and product development capacities. Mr. Demas holds a B.Sc. in Applied Physics, with a minor in Mathematics, from Providence College. 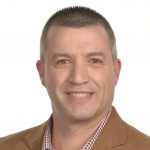 Scott Grzenda is a talented and seasoned executive with 20 years of Sales and Business Development within the SSL industry. Scott has a demonstrated track record of working in the LED optical components and automotive industry. He brings a wealth of expertise with particular strengths in areas such as new-product introductions, building alliances and partnerships, product positioning and customer/channel management.  With extensive domestic and international experience, Mr. Grzenda has a strong understanding of various markets throughout North America, Europe and Asia. Prior to joining Fusion Optix, Mr. Grzenda was the Director of Sales and Business Development at Fraen Corporation and held commercial roles with Handy & Harman, Electronics Materials Group. Mr. Grzenda holds a BS in Mathematics from Northeastern University.

Tim Kelly is one of the first employees at Fusion Optix and has held a number of roles within the company; a testament to his broad skillset, experience and flexibility. His current focus is on developing the company’s technology platform and intellectual property portfolio. Prior to joining Fusion Optix Mr. Kelly held a variety of positions in the lighting, automotive, and glass industries.  He has worked for leading international companies such as Ford Motor Company, Osram Sylvania and Matsushita Electric Works. Mr. Kelly graduated from MIT with a S.M., Management of Technology. Mr. Kelly also holds a M.L.S., Interdisciplinary Technology from Eastern Michigan University and a B.S.E., Materials Science & Engineering from University of Michigan. He is the named inventor on dozens of Fusion Optix patents.

Carlton Jones is responsible for managing The Solutions Group, focused on providing a high level of technical support to our valuable customers. He is an experienced applications engineering manager with a demonstrated history of success working in the solid-state lighting and automotive industries. Prior to joining Fusion Optix, Mr. Jones held Applications Engineering and Product Design roles at Fraen Corporation, Cree Inc., and EG&G Electro-optics, specializing in optical and mechanical design, innovation, testing, prototyping, and technical problem solving. Mr Jones holds an MS in Manufacturing Engineering and a BS in Mechanical  Engineering from University of Massachusetts, Lowell. Mr Jones is also a named Inventor on several patents for optical and medical devices.